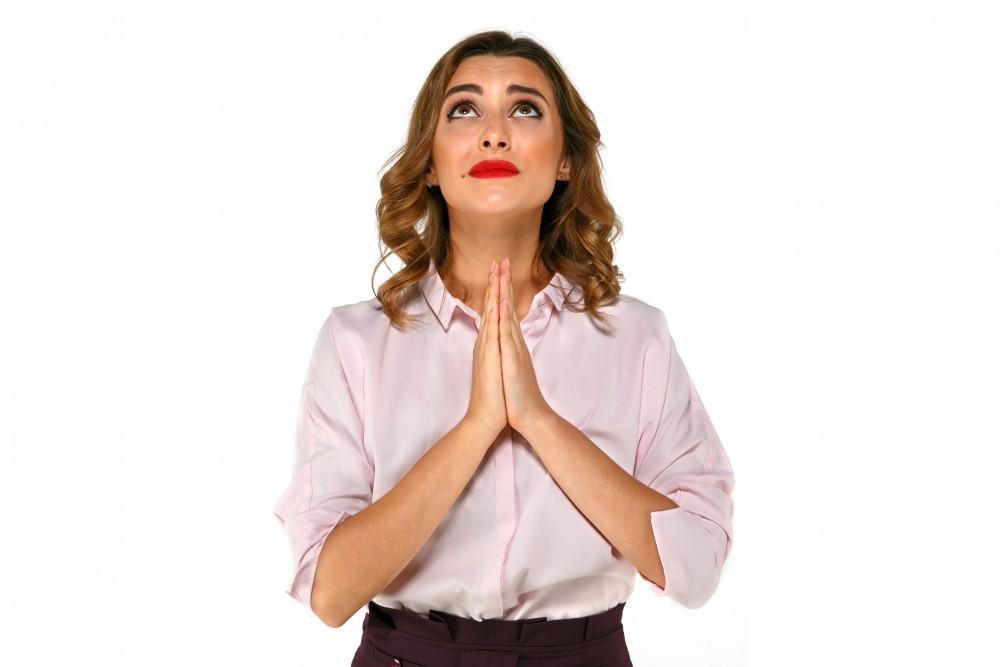 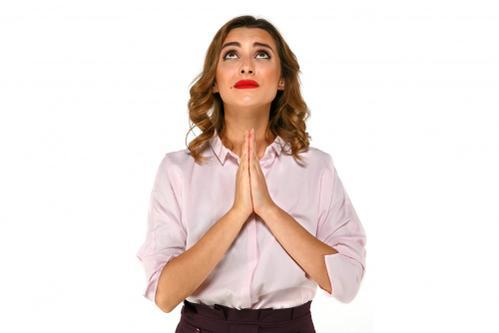 I just read an article from a guy called the “Money Walker.” He walks to lose weight and maintain his fitness while looking for money on the street. The guy lives in New Orleans, which is a bustling city with lots of foot traffic. Thus he finds money on his walks. You can try the same to make your walks more fun, but I doubt you will find much out here (try it anyway and let me know how much you find). However, this was not the point of the article. The article was about managing expectations.

This week we have had a couple of patients who have done incredibly well get frustrated by the speed of their weight loss. One patient Trisha, a 53-year-old 221-pound woman, lost about 20 pounds in her first month; she “lost” only 2 pounds in the next two weeks (week 6), and she was upset and discouraged. Teresa, a 40-year-old 270 lbs woman with diabetes, lost 13 pounds the first two weeks; but she only lost 1 pound the next week and was very upset. Now here is the crazy part; they both had been losing weight at some of the fastest rates of anyone in the program, but yet they were upset. Both of these patients showed tremendous dedication to exercise and the dietary concept, so we did not think they would quit the program like some patients do when they hit their first obstacle. Trisha and Teresa did not even face obstacles; they were progressing like they should have been. I will talk about both cases than each case individually.

The higher protein low carb diet is a natural diuretic so that you will lose a lot of water weight in the beginning. Increasing protein and cutting carbs promote the loss of water.

YOU WILL LOSE MORE WEIGHT THE FIRST MONTH THAN ANY OTHER MONTH. You will not be able to consistently keep up the pounds per month because of the initial water weight loss (I have personally urinated off 7 pounds of water after taking a water pill), and as you get smaller, you have to work out more if you want to lose more pounds. Why? It takes about 3500, calories to lose one pound; however, the larger a person is the more calories the burn. For example, if a 300lbs person and 150lbs person went on a 40 mile bike ride the 300 pound person will burn 3266 calories (about one pound), and the 150 lbs person would burn 1633 calories (about a half a pound).  The larger person lost more pounds with the same workout (if you look at the weight loss as a percentage of their body weight, they lost weight at the same rate).

Humans are not machines, and as such, you will never lose weight at a perfectly consistent rate. When we here that it’s possible to lose 3 lbs per week, that’s an average over several months. Some weeks you may lose 5 pounds other weeks you will lose 1 lb. NEVER QUIT.

Trisha, a 53-year-old 221-pound woman, lost 20lbs the first month. She was working out about an hour a day walking and doing light cardio; she also stuck to the diet with close to 100% compliance (she was weighing her protein with a scale). We are very proud of her. In the next two weeks, she did all the same things and “lost” only 2lbs. When asked if she felt like she lost weight, she said yes according to her belt loops. When we checked her body fat percentage, we calculated that she had lost four more pounds of fat (IN TWO WEEKS) and had gained 2 pounds of muscle. She is doing well. Imagine if she kept up 4 pounds of fat loss per week that would be another 16 pounds (I doubt she will lose that much .... but you never know as humans are unique). As well, the more muscle you have, the more fat you burn. Imagine if she stopped or quit or changed her diet after what she thought was only a 2-pound loss.

Our diet is designed to make you burn fat and maintain muscle. Always go with your eyes or measure your waist if you must make constant measurements. If you are working out, you could be gaining muscle, and your scale will lie. This is why we use body fat testers.

Teresa, a 40-year-old 270 lbs woman with diabetes, lost 13 pounds in the first two weeks. She was also 100% compliant with the diet. Her carb number was around 40, but she stayed under 25 carbs per meal and often got around ten carbs. Her weight loss is impressive because it’s harder for someone with diabetes or metabolic syndrome to lose weight. In week three, she was upset because she had only lost a pound and had expected to keep up her pace. We explained that keeping up the same rate is unlikely. However, we discovered that she was on her period. Without a body fat test, we are not sure but suspect that she has gained water weight associated with her menstrual cycle. The average-sized woman can retain 5 pounds of water during her period. Dr. Valentine suspected that Teresa could hold somewhere around 9 pounds of water. We also know that due to her dietary and exercise compliance, she has burned up fat. However, when you break down a fat cell, it may take a week or so for the collapsed cell to leave your body. We believe that she will lose around 20 lbs at the one month mark. We asked Teresa, and we ask you DO NOT LOOK AT WEEK TO WEEK WEIGHT CHANGES IF YOU HAVE BEEN DOING EVERYTHING RIGHT. ALWAYS LOOK AT YOUR WEIGHT LOSS OVER TIME. 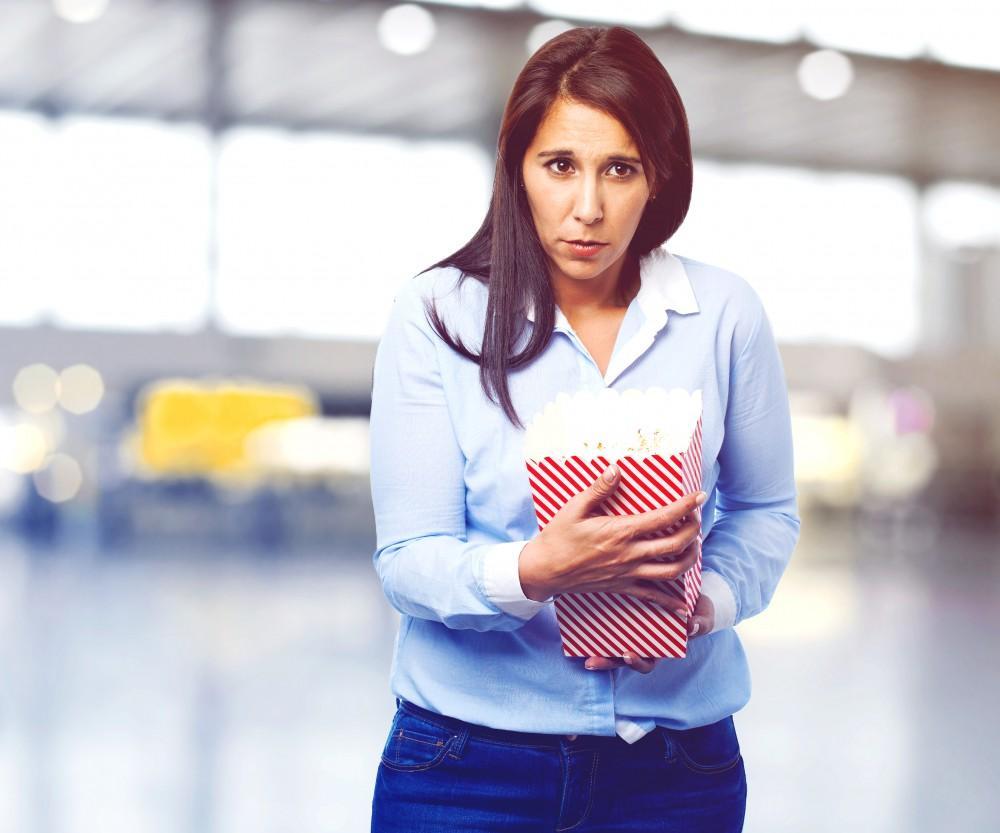 How to Deal With Emotional Eating

Keeping weight off is less about food and more about habits and behavior. Using food to cope with stress is a behavioral problem that needs modification, not a personality flaw. 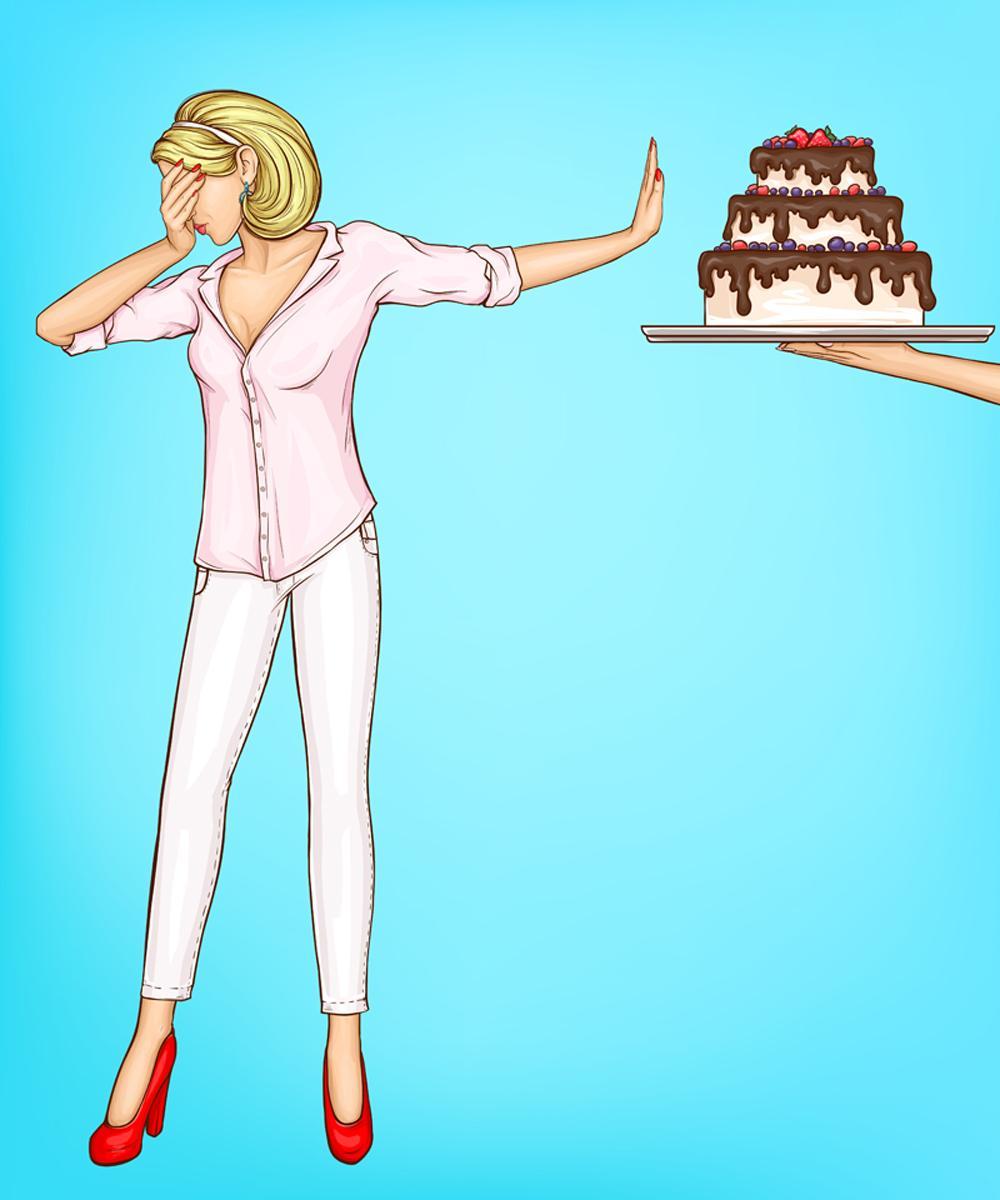 IDENTIFYING THE PEOPLE DESTROYING YOUR DIET

Have you wondered why the people around you become your worst enemies the moment you decide to diet? Why does that make some people feel so uncomfortable? 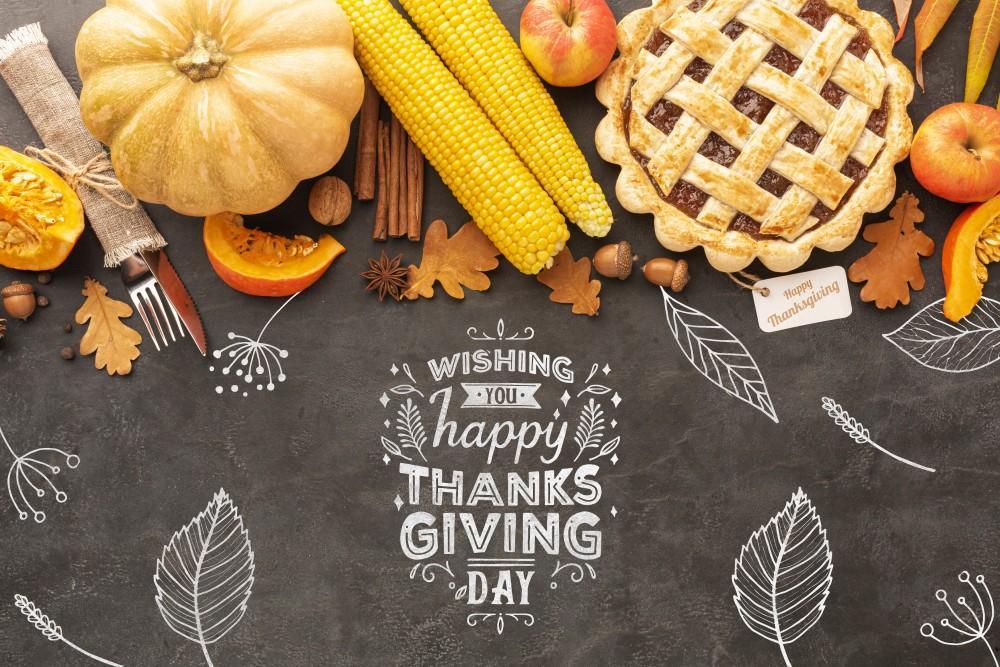 THANKSGIVING - IT'S A HOLIDAY not a "HOLIWEEK"

Some of you are wondering how do I stick to my diet? Will I destroy all the hard work that I've put in? The answer is..... Don't worry about it. 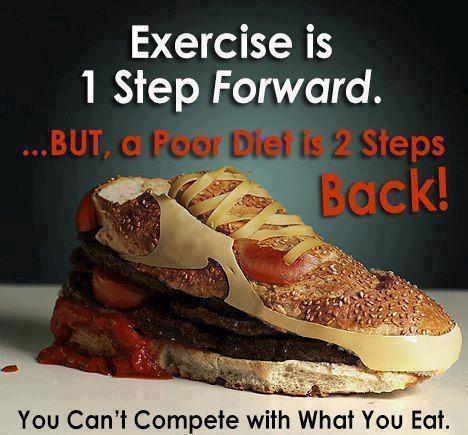 Often people tell us the reason they did lose weight the way they wanted to was because they could not get out and exercise. We all know that we should exercise to keep our weight in check. The problem is research shows that when people devote time to one 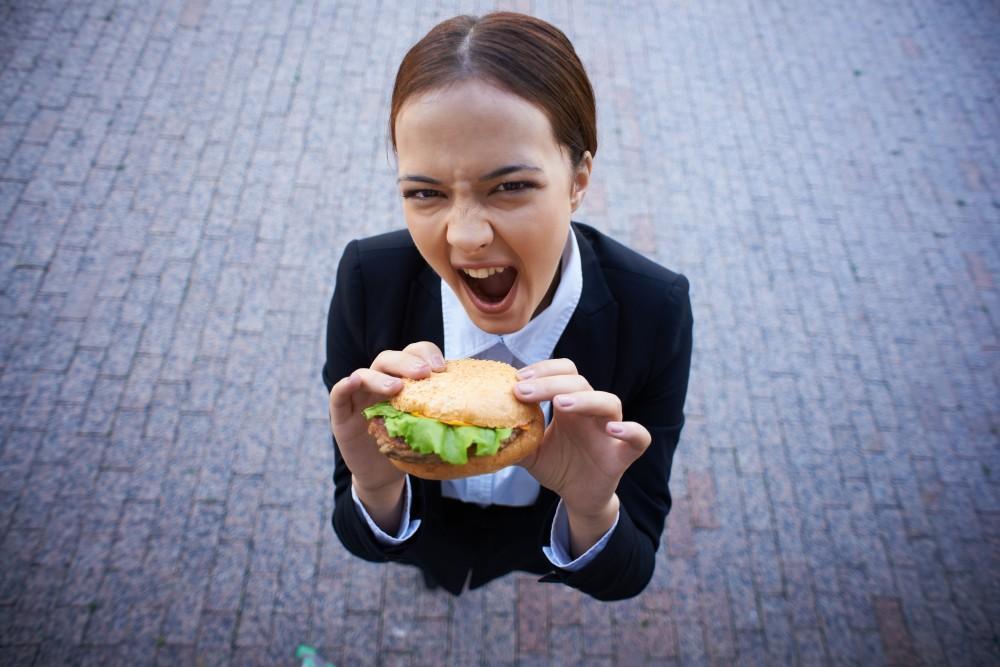 It's About Satisfaction Not Fullness

This week when you eat, we want to focus on being satisfied, not being full. Satisfied means you ate enough food so that you are not hungry. Being full is that feeling of being stuffed. Many of us simply eat too much food. 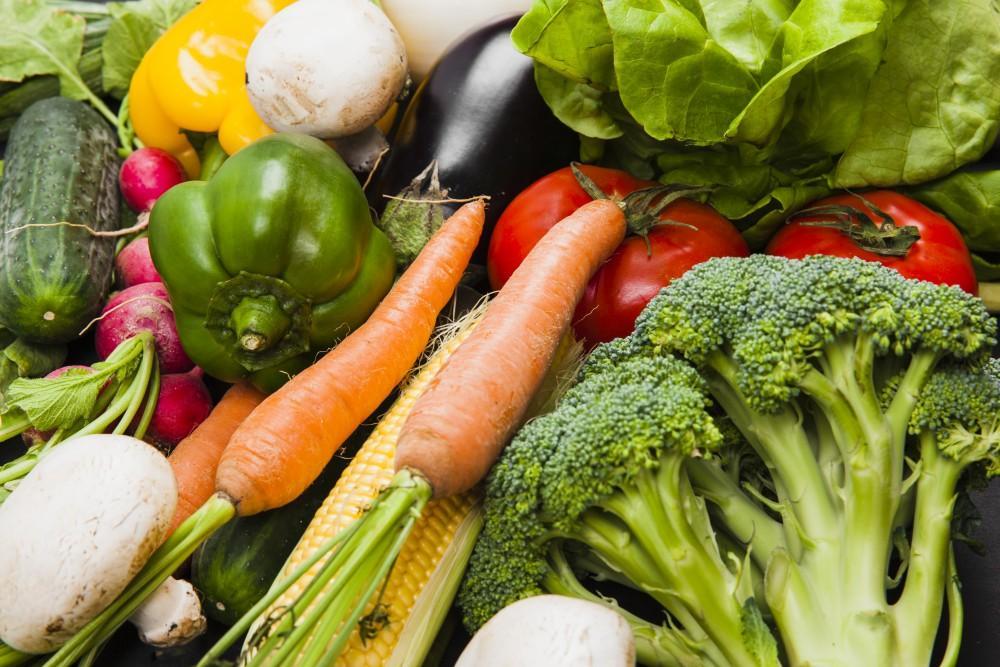 We are finding that a lot of people do not eat enough vegetables. We have heard everything from I do not like vegetables to “I only eat peas corn and carrots (all of which are high in carbs).” Veggies are essential to weight loss because they fill you up,